Just down the street from the beach that we are camped at is this little community called Cholla Bay.  Its mainly residential, with a bar/restaurant called JJ's Cantina,  that's been there forever they say.  There's also a small outdoor taco stand that makes some amazing fish tacos (we've been told) along with a couple of other small businesses.

The homes are scattered all over the place, one built right next to the other and the all appear to be standing on a bed of volcanic rock.  The peninsula that this community occupies is a bit volcanic looking as well, being made up of two or three small mountains of black rock.  Most all the roads are made of sand and apparently this no public sewage or water services despite the size and beauty of many of the homes.  Makes us wonder a little if this is what Greece is like?

We are headed back over there today to try the fish tacos.  I'm excited! 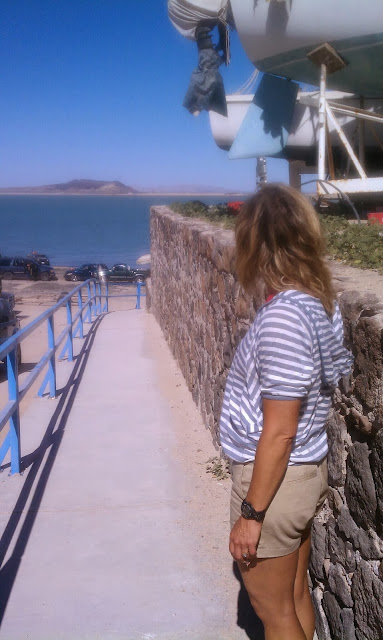 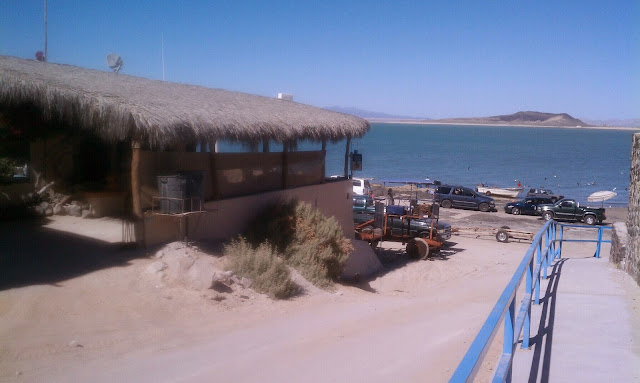 Posted by Unknown at 3:34 PM No comments:

It's a beautiful day here in Mexico.  We got here last Wednesday, and after driving around town to check out our camping options for the week, we chose this site at The Reef.

Not too bad for $35 a night, and a nice change of pace for us after being in the desert these last couple of months. 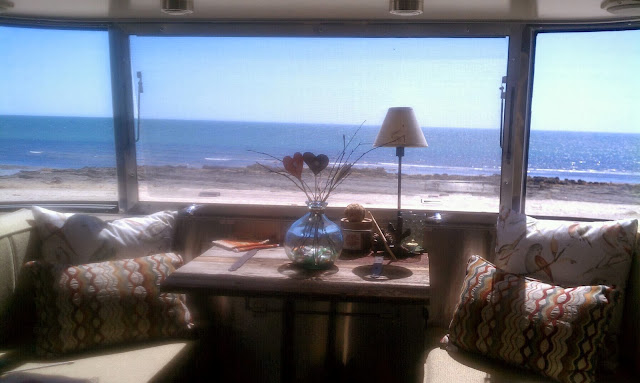 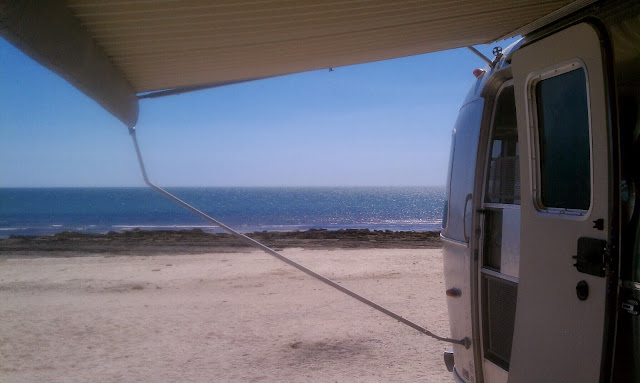 My mother in-law made a comment that we just can't seem to get out of Arizona. She is right. Taking a look at the pics below, you may understand why. First off the weather has been unbelievable, sunny, dry and 75 most days. Tucson seems to have what we like. Amazing hiking, biking, running trails, Bikram Yoga, Whole foods and Trader Joes and fun eclectic shopping. Most of the pictures here are from our visit to Organ Pipe National Park. We boondocked for a week on some BLM land before we head into Mexico. The border is only 10 miles away. There are more than 500 border patrol cops around us. Our tax dollars hard at work here! Mexico here we come! 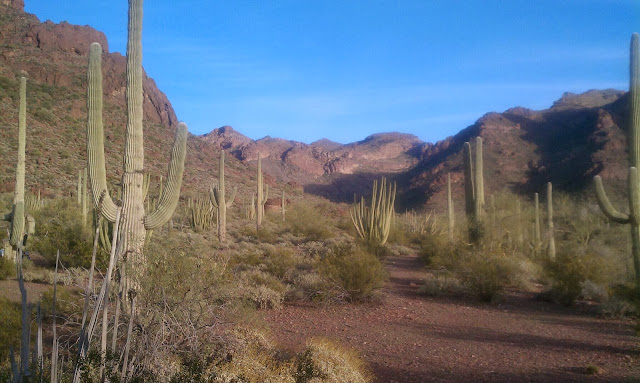 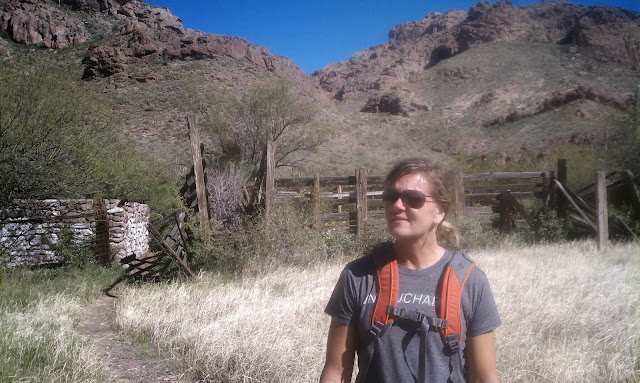 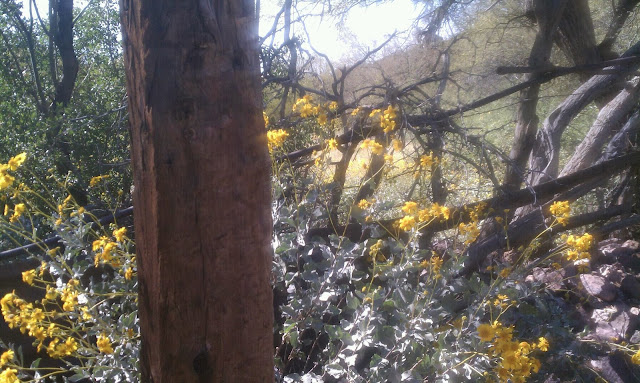 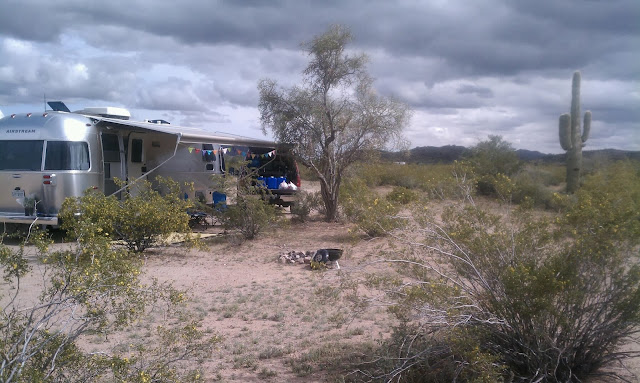 Posted by Unknown at 7:32 AM No comments:

These 2 hikes were our favorite in Tucson. We took our daughter and her husband on the Ventana Canyon hike last year, so made it that more special this year. Both hikes took about 3 hours and quite strenuous, of course I don't like hikes unless they are challenging. We did the Green Mountain hike with our new Airstream friend Jen and her dog Q. Can't deny God's work at hand here on these hikes. Did that man think of everything, or what. The crisp blue clear skies, the pines, the cactus, colors of the spring flowers, boulders, birds, the smells, streams and waterfalls- just amazing!  We always pack a lunch and it's Sam's job to find a quaint little place to park it to eat. He has found some beauties, always overlooking the canyon, pines, city or the falls. I love hiking because you get 2 kill 2 birds 1 stone, exercise and enjoy the beauty of the landscape! 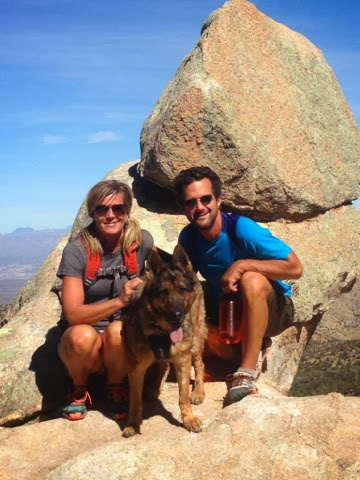 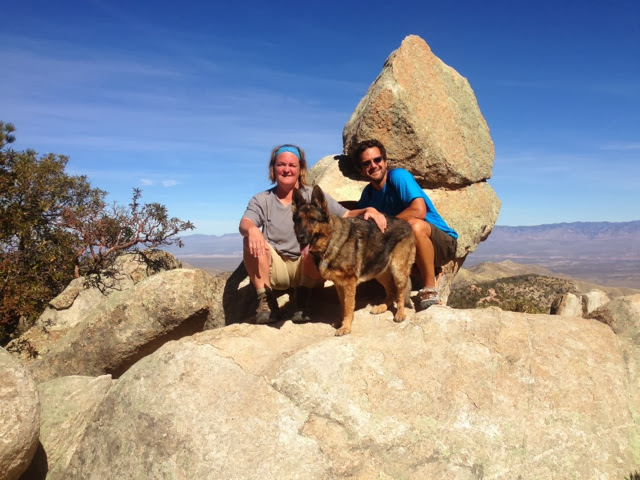 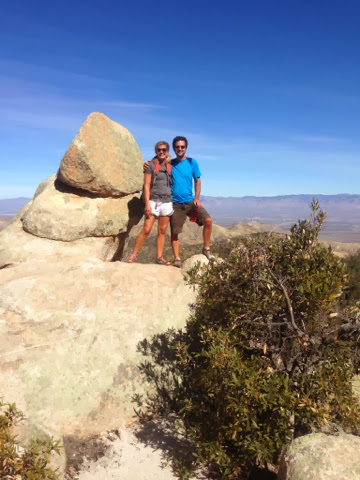 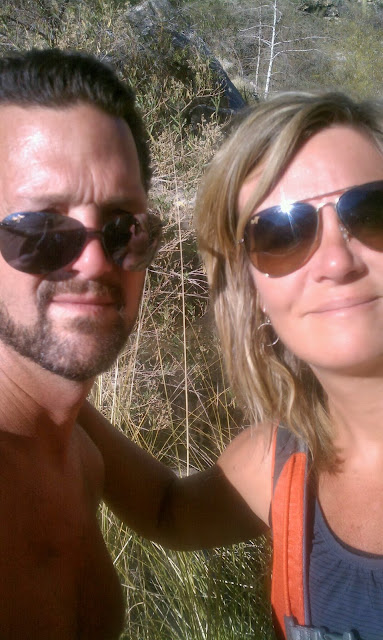 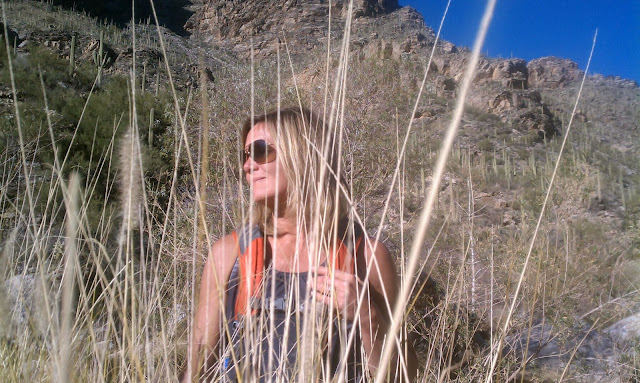 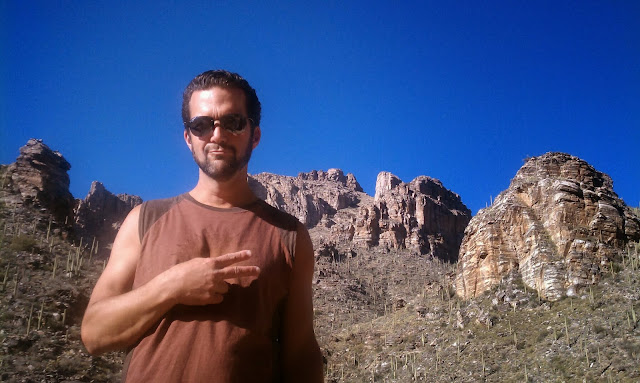 We spent a week at Lazydays Campground in Tucson a few weeks ago with 110 other Airstreamers.
We thought we could meet some cool folks, talk Airstream and probably learn a lot too. After checking out the events for the week, one caught my eye. A baking contest in which they tell you 5 ingredients that have to be included in your recipe, which were cream cheese, butternut squash, great northern beans, raisins and maple syrup and you had to cook it in your Airstream.  So, it hasn't been that long ago that I hung up my bakers cap, so I decided to make a butternut raisin cake with cream cheese frosting. I had 2 recipes in mind and thought I would bake both and see how they turned out. I knew one of them I wanted to look like an Airstream, especially since you were being judged on creativity. Well, I spent the entire day in my Airstream baking and decorating away. Judging was at
3 pm to be judged by a professional chef and 2 others. Both, of my recipes turned out well, but clearly one was better than the other, so I decided I would enter both. When we got there Sam found out that you could only enter 1 recipe per person. So, Sam said that he would just put his name on one of them. I wanted to put my name on the one that tasted the best, but didn't think the judges would believe that he decorated the Airstream cake.  Wouldn't you know it, the professional chef loved Sam's so much she even called him over to talk about it. She said it was better than hers. I was hoping she would ask him some specific ?'s about the cake that he would have had no idea how to respond, but she didn't. She was just raving over it and I was like whatever, I made the damn thing. So, there were 3 winners to go onto the next round, which were Sam, me and another older gentleman. They handed each of us a Trader Joe's bag with 5 more ingredients. This time they were smokehouse almonds, green olives, sriracha sauce(hot sauce), 2 green apples and a white chocolate bar. Now, the competition was on between husband and wife. Sam made a lentil veggie burger and I made a salad. They both tasted amazing, but we liked, and a few others thought, that the salad was a winner. The other winner made a turkey chili that I thought was amazingly yummy. But the cute little chef girl said that Sam was the overall winner. Seriously!  Hey, behind every great man is a strong woman is all I've got to say. He won a nice cutting board and a $50 William Sonoma gift certificate. It was fun, but also glad it was and now we can relax and enjoy the rest of the weekend. I guess we will always have a part of the bakery in us! 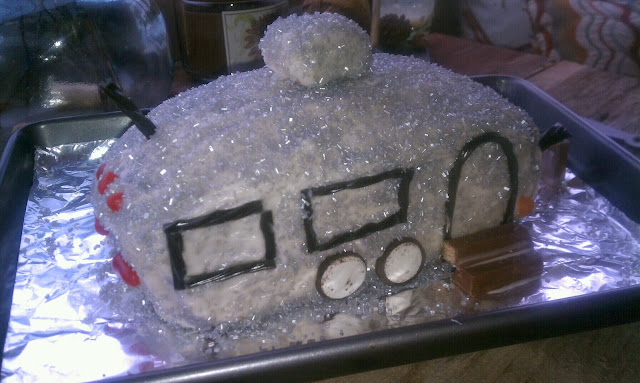 This was one of our favorite and challenging hikes on Mt. Lemmon. You start off at 5,000 feet surrounded by several kinds of cactus. Then you hike up to 6,000 feet and you need to put on your pants, coat and hat as the weather starts to change as well as the landscape. You start to see less cactus, more pine trees and bigger rock bolder formations. Go up another 500 feet and you would not think you are on the same hike or even in the same state. Looks like we hiked to the state of Maine. Unbelievable! Roscoe loved this hike and he never strayed too far away and always kept us on the trail when we were unsure. Miss that little guy! You go from 3,000 elevation to 9,000 at the top of Mt. Lemmon. Most days  it would be 75 in Tucson and 45 degrees at the top of the mountain, hence the need for the winter clothes, but a great place to go to escape the heat. 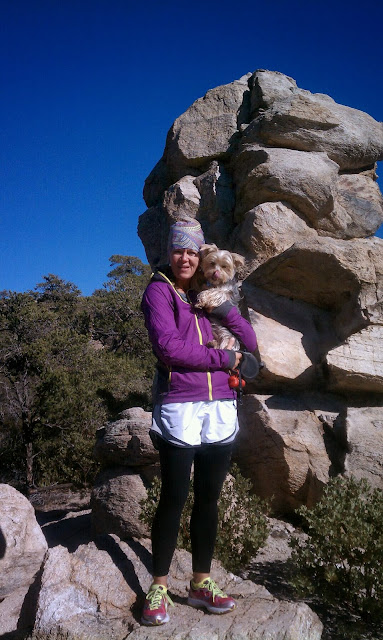 Posted by Unknown at 8:05 AM No comments:

Well, the sun is shining this morning and its supposed to warm up to somewhere in the 50s.

Steph is thinking about how she will go about shipping the many Xmas gifts she's picked up while here in Tucson before she heads out to the 9:30 yoga class which is held here at the clubhouse.  Roscoe is working on his bone and I'm working on my coffee.

Yesterday was a good day.  Vinyasa Yoga at Tucson yoga from 11 to 12:45, lunch and then a nap, followed by a long run w/Roscoe and more TV.

More of the same today.  Tomorrow we will visit the Forever Young Farm which is about an hour south of here to talk about another wwoofing opportunity. 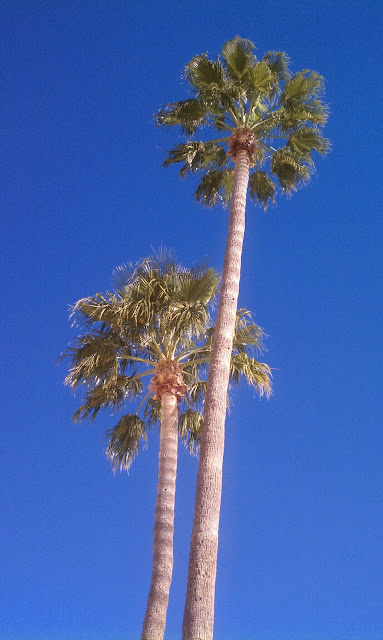 Posted by Unknown at 8:03 AM No comments: